On the 8th July 1772, Lord Courtenay with his friend Sir Lawrence Palk of Haldon, along with twenty seven other members of the nobility, gentry and clergy formed the “Starcross Club”.

Sailing activities of the Starcross Club have been well documented, recorded between 11th August 1775 to 30th November 1912 in twenty known articles printed in the then “Exeter Flying Post”. These articles recounted a ‘Fete Marine’ held under the auspices of the Starcross Club and arranged by William, Viscount Courtenay (1768 –1835). Subsequent regattas of a similar nature were held regularly and reported in the “Flying Post” until it ceased publication early last century. 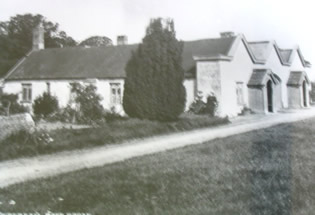 From 1886 to 1966 the Club was based in the Courtenay Arms Hotel in Starcross. The 1914 – 1918 war resulted in a poor post war membership and it briefly amalgamated with the Checkstone Yacht Club of Exmouth. In 1933 the club was presented with a small wooden hut complete with a ‘grand’ balcony which overlooked the moorings at Starcross Quay, that hut became known as the “Pinch and Tickle” and still stands today cared for by the Starcross Fishing and Cruising Club. (It sounds as if the old hut was as lively as the new club)?

Around this time the craft were very stoutly built in the classic method of clinker construction and designed to be left on moorings. Gradually however, lighter modern dinghies became popular and resulted in the club moving, in 1957 (with the enthusiastic support of the Earl of Devon) back to Powderham Point from where the very first ‘Fete Marine’ started some 200 years before.

At this time it was agreed that boats with planing hulls would not be suitable for the Salmon Pool and salmon fishermen, and so these craft remained in Starcross and eventually formed the Starcross Fishing and Cruising Club, based now in the Brunel atmospheric tower.

The Powderham site consisted of the old original salmon fishermen’s cottages (Lord Devon’s official watermen), as the clubs membership started to swell the original buildings proved inadequate. This then resulted in construction of the present clubhouse in 1966 at Powderham Point, with the original buildings now housing newly refurbished changing rooms and showers and the safety boathouse.

Some cine footage of the estuary, canal and local seashore in the early 1950s can be found here.

Drafted by : Carol Lanham - President 2001 "Who will always be in our thoughts as Carol devoted many active years of sailing, experience and time to this club and its Committees, her smile will remain with us".