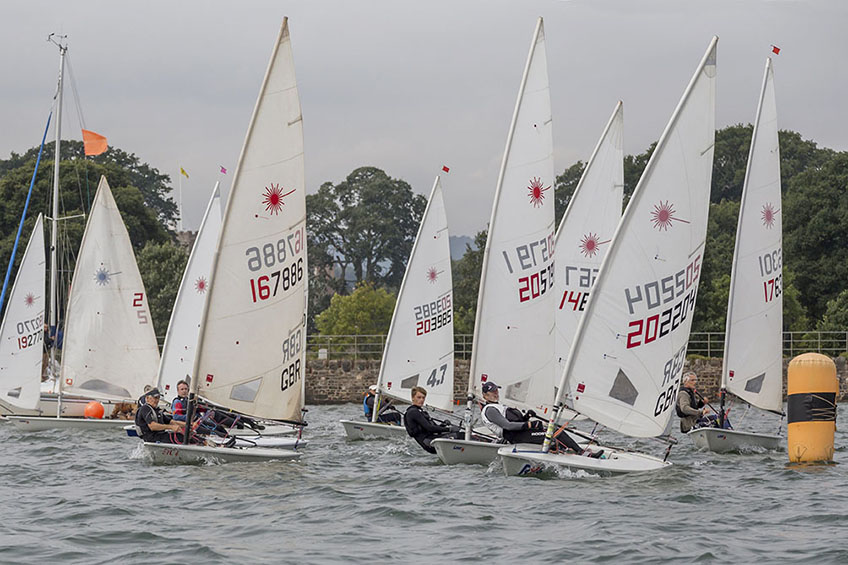 What a great day we had for this year's Laser open meeting, held on 1st September: grey skies clearing to beautiful blue, with a wind, force 2-3, blowing almost straight up the estuary from the south-southeast, and wonderfully warm. The tide was rising towards its peak as the first race got under way, but was well and truly ebbing by the end of the final race. 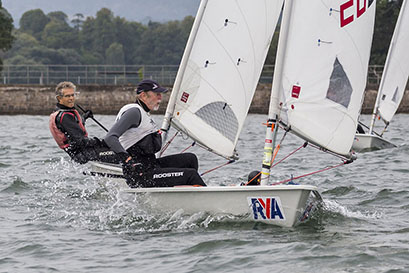 Thirteen helms signed up for the day's racing, mostly standard rigs, but with three radials and a single 4.7, including three visitors: two from Chew Valley and one from Babbacombe.

Four races, held back-to-back, with committee boat starts, was the plan, and that's exactly what happened. The starts were really very competitive, with getting away well on the first leg proving to be critical to a good position at the end of every race. The racing was close throughout, with just a few hundred yards separating winner and tail-end boats. 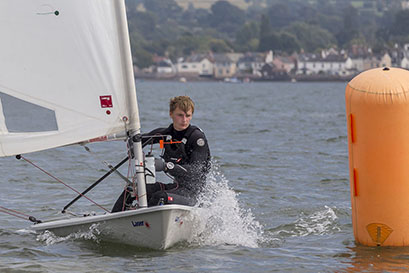 The front of the fleet saw SYC's Dan Newall and Russell Gibbs (sailing the club Laser) vying for the lead in most races, though Newall senior – Jonathan Newall – stole the show in the second race with a good win. Close behind throughout were brothers David and Andy Mathews, along with Nigel McKay.

The radial rigs put up a stern fight, not allowing the larger standards to get away, both SYC's Roger Williams and Chew Valley's Anna Mason showing a number of the standards the way.

In the end, the overall winner was Dan Newall, followed by Russell Gibbs, and with David Mathews and Anna Mason in third and fourth, respectively. All round, it was a great day's sailing – even those at the back of the fleet (including me!) had a great time. 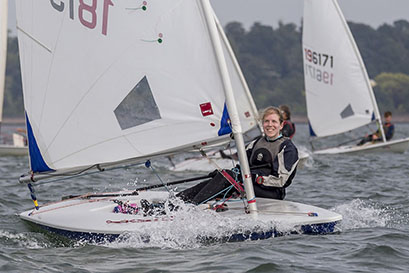 The full results can be seen here.

A huge thanks to the safety boat crews and to Paul Kelley for his excellent race officer skills, and to everyone who ran the galley that day. Thanks also to Richard Fryer for the great photography.

The exact date for the 2019 open has yet to be set, but it's likely to be at the beginning of September again, tides permitting.