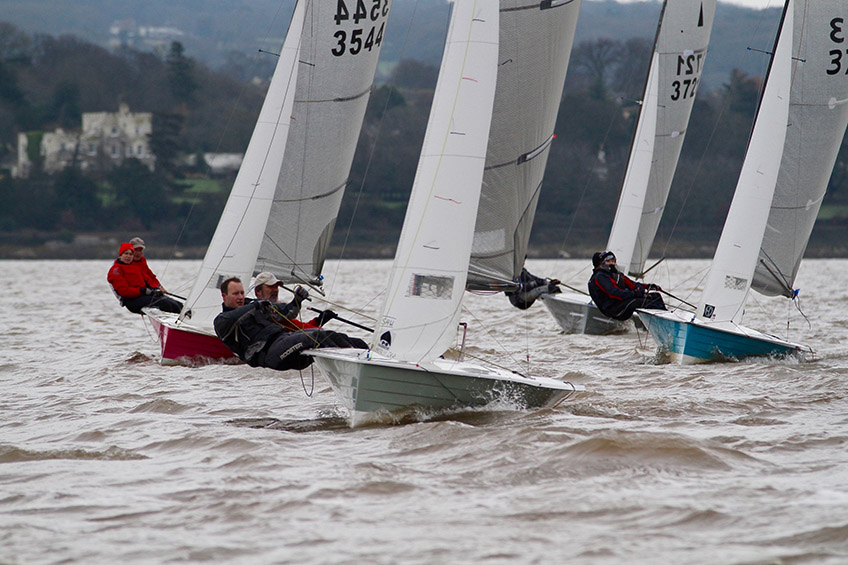 The twenty-fourth Exe Sails and Covers Starcross Steamer was held on Sunday February 5th. This was the first race of the South West Series; the next will be the Roadford Rocket to be held on Sunday February 26th, and the final race, the Wimbleball Beastie, will be on Sunday March 19th. The Steamer is getting more and more popular and the limit of 100 boats was reached within a week of the entries being open, over a month before the event. 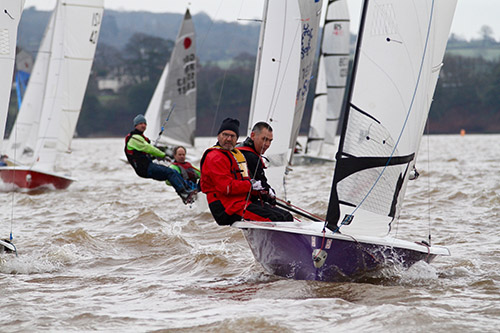 On some days there may be too much wind, on others too little, on some days the direction makes setting a course difficult and some days not. On Sunday the 5th the wind was just strong enough to make sailing interesting both for competitors and Safety crews, and the direction was perfect so that long legs could be set within the channel so competitors could enjoy the Exe estuary during the two-and-a-half-hour race.

As usual the first boat away at 11 o’clock was the Mirror of Eric Taylor from Penzance; this year crewed by Aoife Mooney, and followed by a couple of Solos 25 minutes later. The wind remained remarkably constant and stable throughout the race, enabling Eric and Aoife to stay in the lead for the first three laps and within 50 minutes of the end of the race, but as always the faster boats start queuing up behind ready to sweep past. 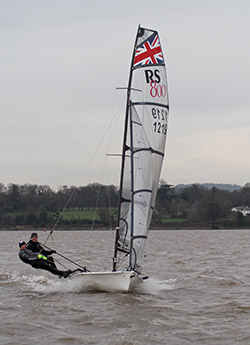 The eventual winners of the Exe Sails Starcross Steamer were Peter Barton and Chris Feibusch (pictured, left) sailing a RS800, who were in the last group to start and obviously revelled in the conditions. It would be nice to say that Peter and Chris had to fight their way to the front, arriving there just before the finish, but in reality they were a leg ahead of the next boat, the Fireball of Chris Gill and Adam Broughton, and the B14 of Mark Barnes and Charlotte Jones in third.

Congratulations must go to Peter Barton as he also won the event last year in a RS Aero - he is the first person ever to win the Steamer twice, and I wonder what class he will sail next year!

Last year the light wind favoured the single-handed classes; this year, with the stronger winds, the tables were turned and the first single-hander was a Laser helmed by Ben Flower in 9th.

We were honoured this year by the presence of Councillor Graham Price and wife Christine from Teignbridge District Council, who helped Sam Woolner of Exe Sails and Covers distribute the prizes.

With one of the biggest Steamer fleets ever, special thanks must go to Lympstone Sailing Club, Exe Sailing Club, Topsham Sailing Club and David Attenburrow for their generous help with the Safety boat duties. Together with the three Club safety boats, we were confident that any challenges could be dealt with easily. 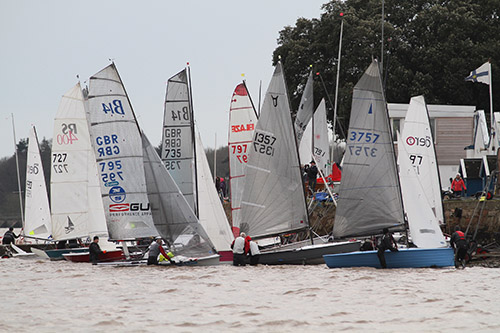 It takes a huge effort to put on the Steamer every year, so my thanks to the galley for producing more hot food and drink than ever before and the multihull fleet from Starcross who give up their time and sailing to organize and man the event. A special mention must be given to Sam Woolner of Exe Sails and Covers for supplying the fantastic prizes, which were appreciated by everyone. In total over 60 volunteers are required on the day both on and off the water and we look forward to doing it all again next year. Thank you also to the competitors who travel to Starcross every year, to make the Steamer so memorable. The date for the Steamer next year is Sunday 25th February 2018, with the first start at 12:30, so please make a note in your diary now. Planning for the event has already started and we look forward to welcoming both old and new faces. A full list of the winners can be seen here.