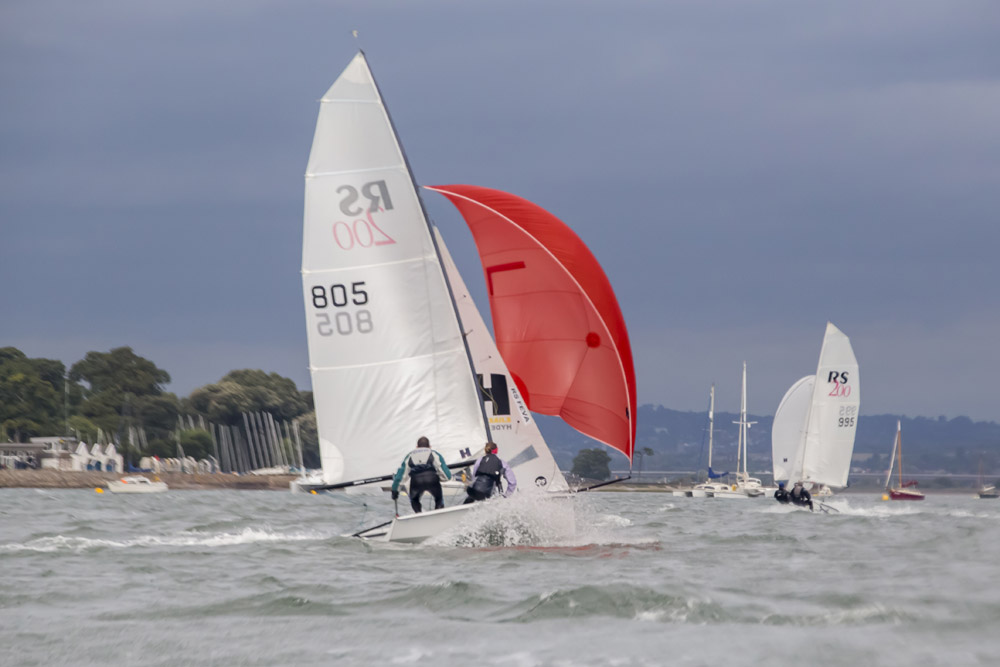 Round 5 of the 2ndhanddinghies RS200 Ugly Tour, and the action moved to the Exe Estuary and the delightful  Starcross YC.  Allowing for the weather forecast that suggested there would be no sailing, an encouraging number of boats started rigging, although by launch time with the breeze already rising only 11 boats made the first start. 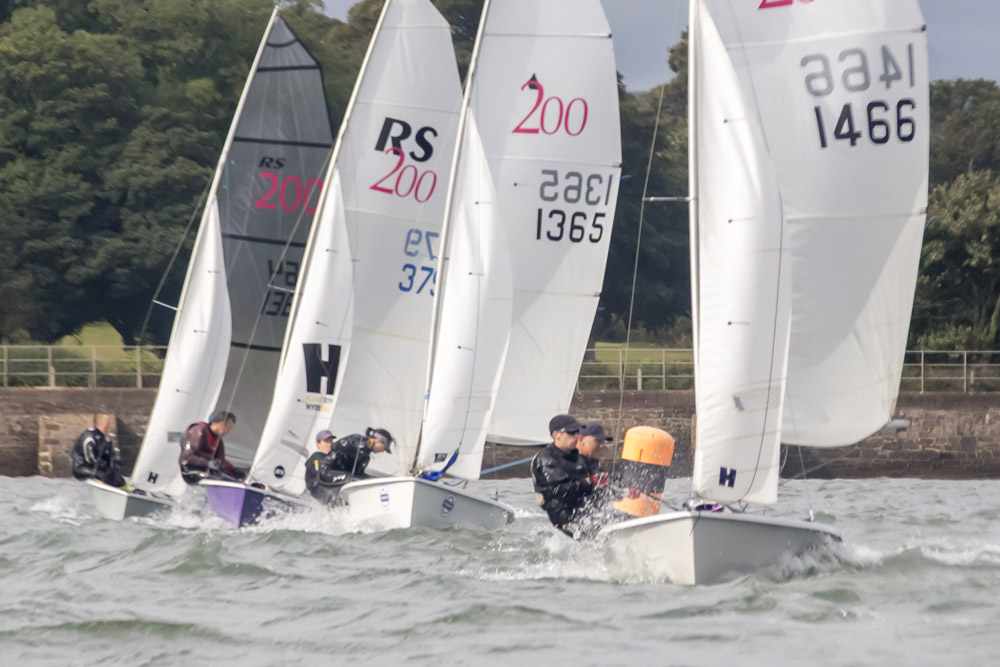 In 16-20 knots from due south the fleet split up the first beat against the tide. It was the Liz Teague/Fred Mainwaring love boat that led from the left to hold a good lead. Brother John Teague and Naomi Pound set off in hot pursuit and two rounds later caught sister Liz on the final beat to win. Dave Sweet/James Williams were 3rd with Ian/Claire Mills 4th. 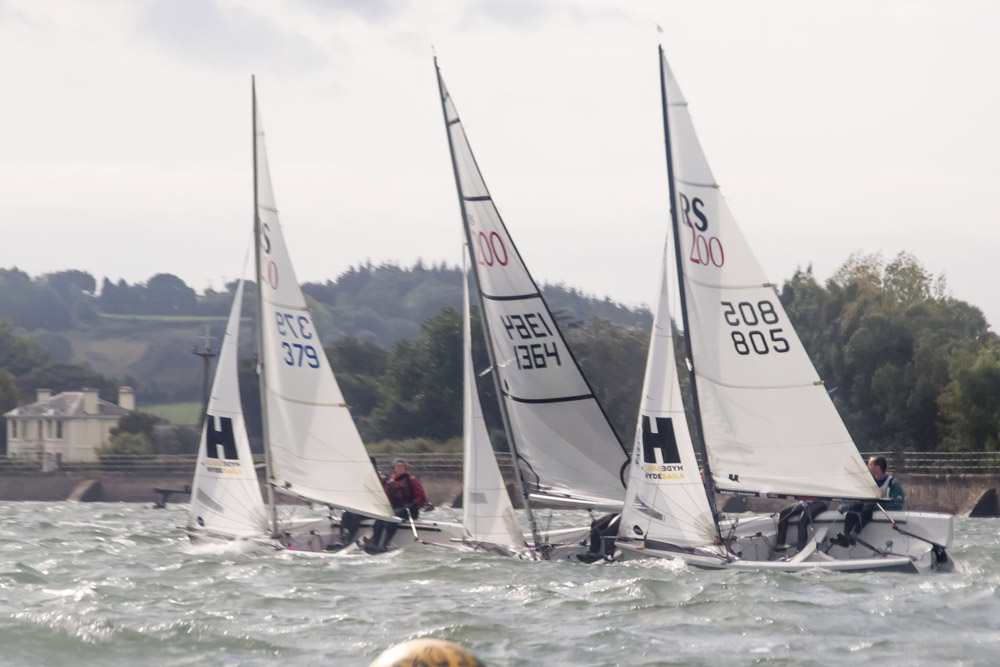 The wind had risen for the start of race 2 - now 18-24 knots. Pete Vincent and The Emma Hivey not only found a new gear after a wet first race but turned on turbo over drive to power into a massive lead only to wipe out on lap 3.  Alistair Norris and Helen Summersgill nosedived hoisting, leaving déjà vu with Liz/Fred in the lead chased by John/Naomi. The last gybe to the finish proved conclusive: John/Bubbles timed it right and had the advantage line into the finish only for Liz/Fred to practise their capsize drill. Alistair/Helen were 3rd and Pete/Emma  4th. Race Officer Russ Gibbs came to the very sensible conclusion that the wind was only going to carry on rising and abandoned further racing.  Within 10 minutes of getting the last boat ashore the wind had properly hit 30 knots. 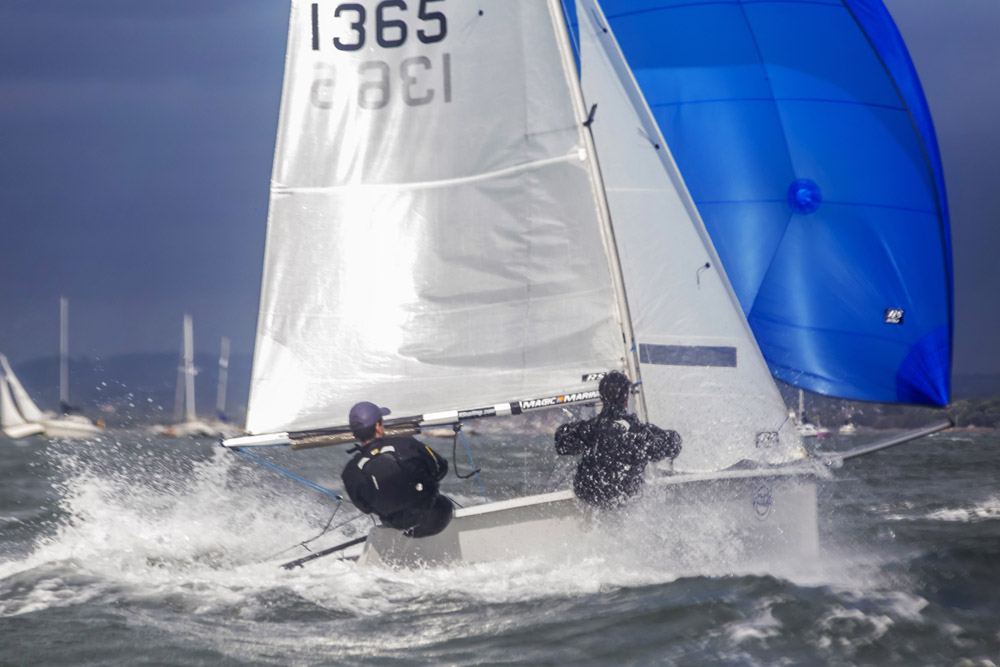 If Liz and Fred had held on to their lead on the final run of race 2 they would have won the open but brother John and Bubbles took overall honours . Many thanks to Starcross for being such great hosts again and doing such a good job to fit two races in the small available window…

Our thanks to Pete Vincent for allowing us to use an adapted version of his Y&Y article.