An energetic fleet of 38 children took part in the inaugural Starcross YC Junior Regatta, held on the River Exe over four days from 14-17 August and open to entrants from River Exe clubs. The format of the event was 2-3 short races each day, with the fleets divided into a very competitive Gold fleet and a coached Silver fleet. In between racing a full timetable of beach games, camp-overs and discos took place, leaving lots of exhausted but smiling children at the end of four days. 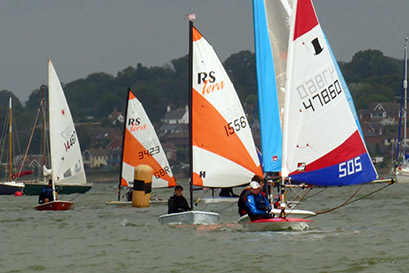 The event experienced a wide variety of conditions, with races in six knots of breeze up to the final two days in an 18-knot north-westerly.

The event was very generously sponsored by Exe Sails and Covers, Exeter School, Seawood Chandlery, Rope Locker, Admiral Trailers and Sainsburys. This allowed a very full set of prizes, and entry fees to be kept to next to nothing. A huge thanks to all our sponsors and also to the small army of volunteers who made this event such a huge success.