The annual Starcross Steamer took place on the 27th of March on the Exe estuary. With Starcross Yacht Club celebrating its 250th year, the sun shone and the wind blew, creating some very summery conditions for the first day of British Summer Time.

The Steamer consists of a classic pursuit race format, the slowest boat being chased down by the faster boats. First off was a Firefly, followed by the other 67 entrants ranging in speed up to an RS800, in a giant 2.5 hour game of chase. The Steamer forms part of the South West Sailing winter series with a series of pursuit races held at clubs all over the South West. 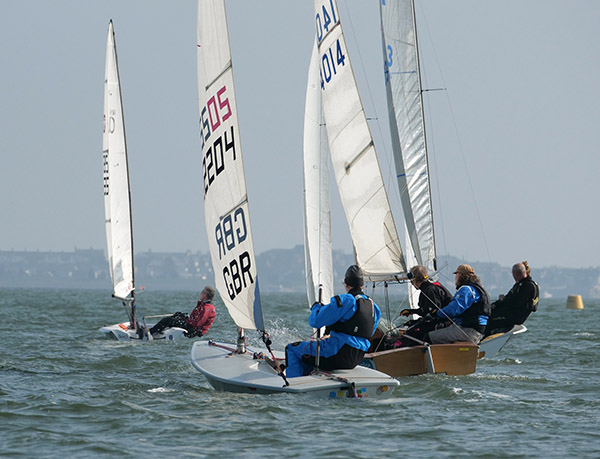 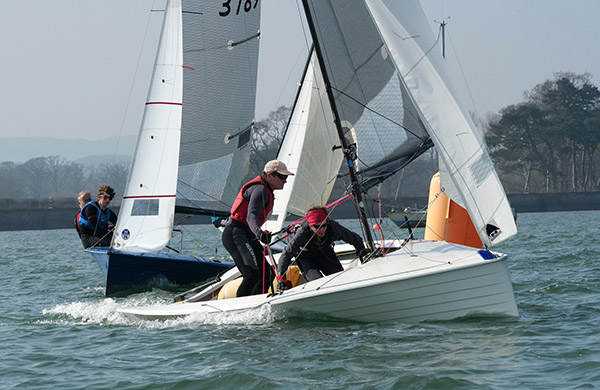 was the Firefly of Angus Cook and Mike Dunbar from North Devon Yacht Club, setting off first leading the fleet around the course, being chased 5 minutes later by a group of Solos led by Olly Turner of Starcross YC and the Enterprise of Paul Young and Oliver Mason of Midland SC. This would be the story of the first three laps with Olly Turner closing down the Firefly, until a gentle capsize whilst going downwind allowed Angus and Mike to eke out a slightly bigger lead. 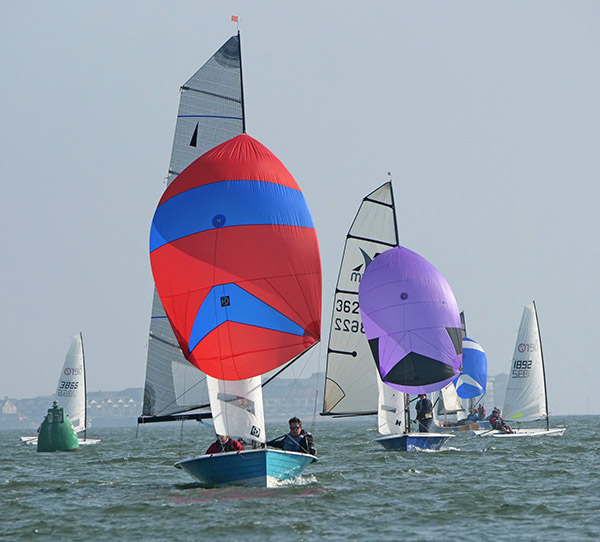 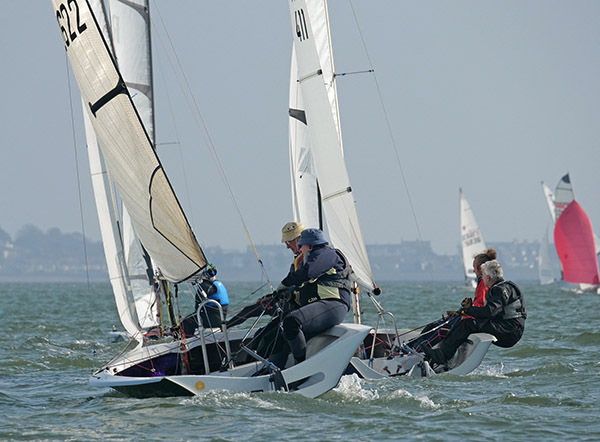 pursuit races, the excitement is always at the end, with the fleet converging as the finish horn sounds. This year's Steamer was no different, with the Firefly still out front at the last mark with a few minutes to go. Behind them, Olly was just ahead of a gaggle of faster boats closing in. The pack comprised a real mix of classes, with the Solo and the Enterprise trying to hold off the Merlin Rocket of the previous winner of the Steamer Mike and Jane Calvert, the Comet Trio of Andrew and Caroline McAusland, the Osprey of Terry Curtis and Peter Greig and the B14 of Russ Gibbs and Lucy Loughton. 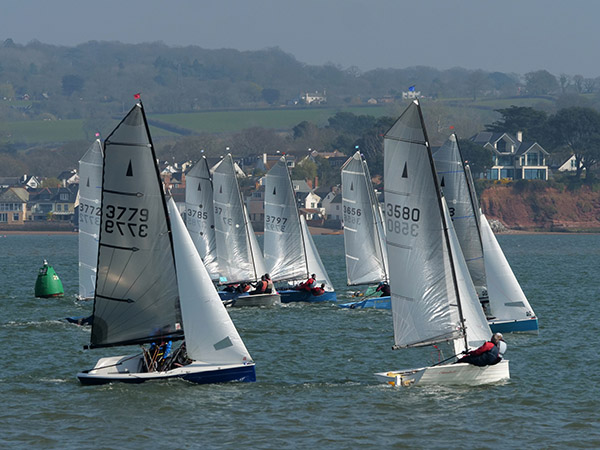 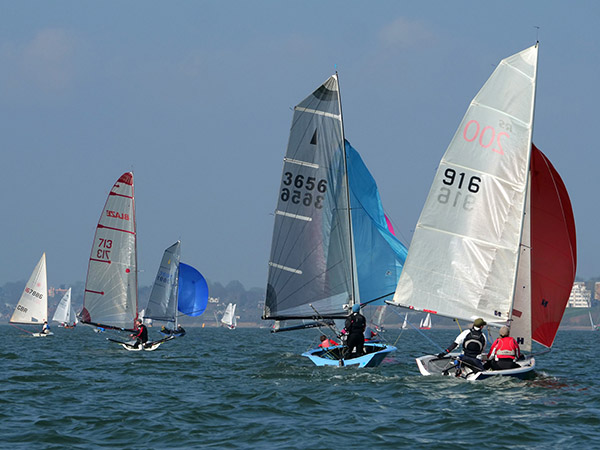 into the final few seconds heading downwind, the spinnaker boats enveloped Paul and Oliver’s Enterprise and long-time fourth-place Solo of Simon Greenslade, who finished 7th and 8th respectively. Try as they might, they couldn’t quite get to Olly who managed to hold on in a photo finish with Russ and Lucy, who were desperately hoping the race was a few minutes longer. Out front, the Firefly’s lead was just too great and Angus and Mike had the honour of leading start to finish!

On behalf of Starcross Yacht Club, thank you to the extremely diverse range of boats who came to enjoy the Exe estuary and the huge team of volunteers who made them very welcome. We look forward to having you back in 2023!