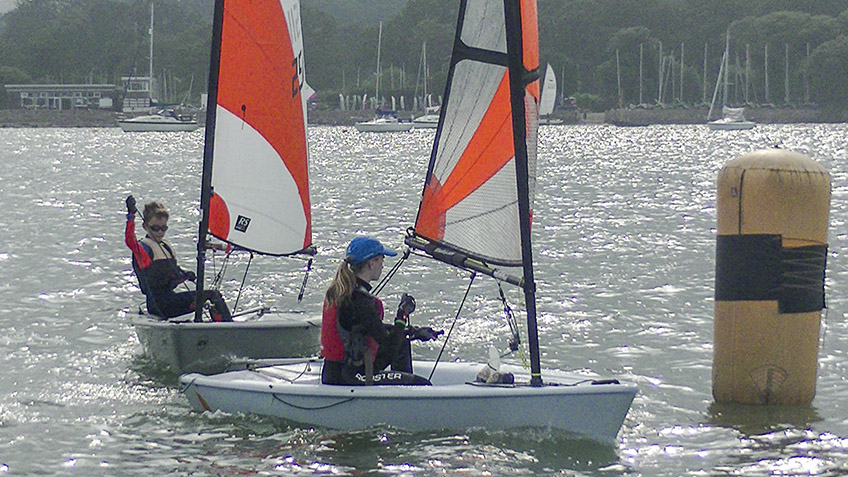 The Starcross YC leg of the Two Rivers (Exe and Teign) joint event for Juniors under 15 was held on Saturday 29th June 2019.

Medium southerly breezes of between 5 –10 knots greeted the four RS Feva teams in the fast fleet and the ten mixed bag of single-handed boats in the slow fleet. There were three races for each fleet with courses set by PRO James Wells and his team.

The fast fleet was won with three first places by Sophie Raven and Cerys Morgan from Exe SC, giving some indication to the boats behind (which were Josh/Angus and Alana/Will from Exe SC, and Ben/Tom from SYC) what needs to be done to reach regional squad level. 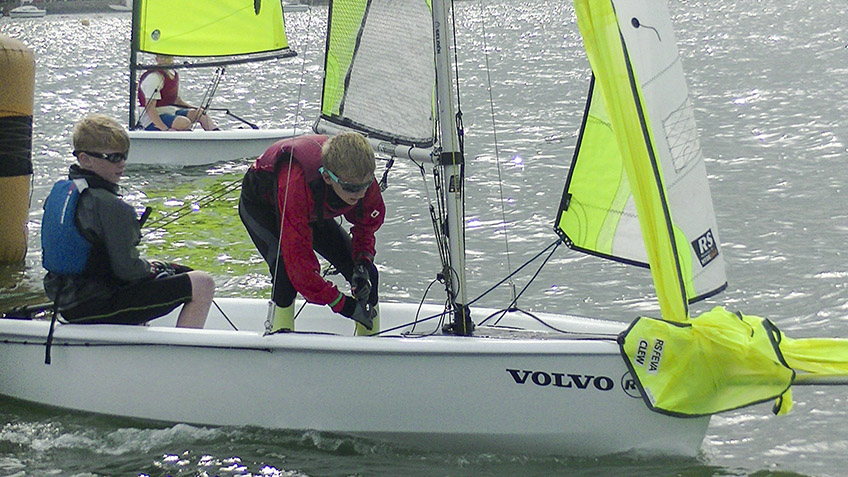 The slow fleet comprised six different classes across the ten boats entered, and results were calculated on corrected time using national Portsmouth Yardstick numbers. All boats down to 6th place overall had at least one race result in the top four, showing that this fleet was very competitive. In the end Henry Read from SYC, sailing an RS Tera Sport, counted two firsts and discarded a third to win this fleet. Amber Moeller from Exe SC in a RS Tera Pro was second, counting two second places, with Jack Solly from SYC in a Bug counting a second and a third to snatch third overall. Morgan Searle from SYC’s Topper fleet won the third race to get fourth overall.

Some sailors opted for forced capsizes in between races to cool down, and the event was well-natured and sailed with a fun attitude.

The final leg of the event will be at Teign Corinthian YC on Sunday 7th July, when a further set of prizes will be presented for the day's racing and for the overall series winners.

Results for the 2019 Two Rivers SYC Leg are here