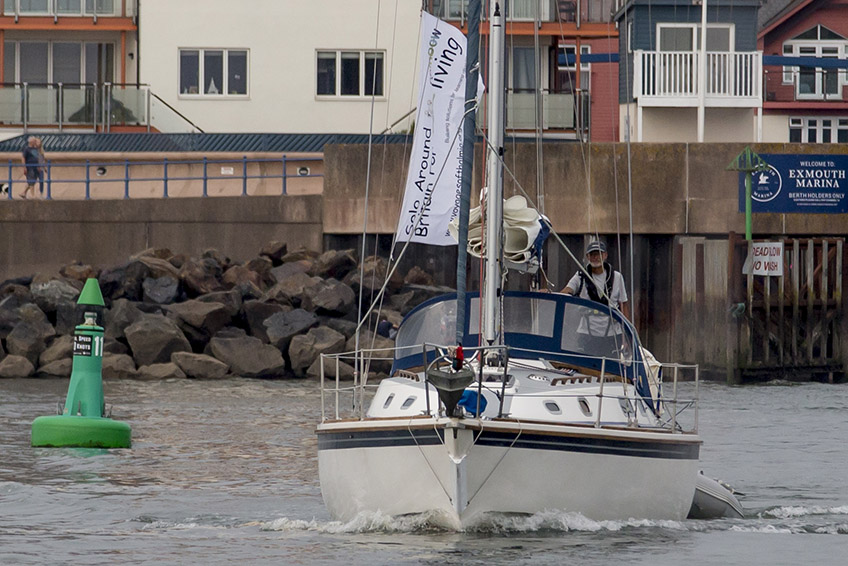 More punctual than a GWR train, Derek Hathaway at the helm of Thalmia crossed the SYC finishing line just at his published ETA of 17:30 on 25 July, at the finish of his anti-clockwise solo circumnavigation of Britain in support of Rainbow Living, a learning disabilities charity. He was noisily greeted by a reception party of family, friends and Rainbow Living volunteers gathered on the sea wall in front of the clubhouse. 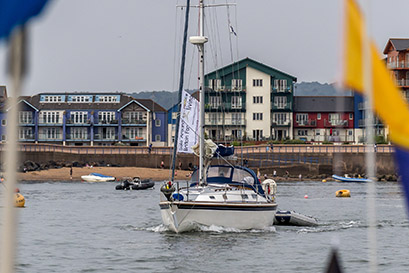 Thalmia had been escorted up the river from Exmouth by SYC yacht Kinfolk (Julian and Margarette Parlett) dressed overall for the occasion with an array of signal flags. Julian and Margarette then brought a jubilant Derek to the SYC slipway to be reunited with his family.

No doubt we shall hear more of Derek's adventure in coming days, but for now we echo Commodore Ian Purvis's words: "Well done, Derek!"